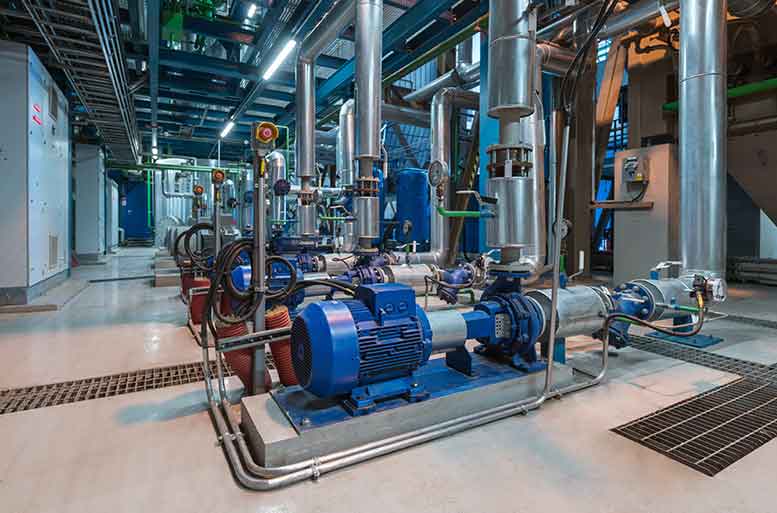 “Tri-generation” or “Trigen”, traditionally a term used to describe a Combined Cooling Heat and Power (“CCHP”) facility, where a single fuel is used in power generation equipment to generate electricity, and then the byproduct waste heat is used to produce both useful heat and useful cooling.  More recently, with increased interest in the use of hydrogen as a transportation fuel, tri-generation has also been applied to a technology where a single fuel is used to generate electricity and simultaneously co-produce hydrogen and heat.

A traditional tri-generation or CCHP facility takes “cogeneration” or Combined Heat and Power (CHP) one step further by using the waste heat produced in the electric generating process to also produce cooling for air conditioning or refrigeration.  By definition, in a cogeneration (CHP) plant, heat and electricity are produced simultaneously from a single fuel source.  This heat may be in the form of high temperature hot water, steam or hot air.  In a CCHP plant, some or all of this heat is then used in an absorption chiller or absorption refrigeration system to produce chilled water or sub-zero refrigeration.  Both useful heat and cooling can be produced simultaneously or at different times.  For example, a CCHP system may provide Hot Water (HW) in winter for facility space heating and chilled water (CW) in summer for facility space cooling.  It may also provide Domestic Hot Water (DHW) year round.

Cogeneration, trigeneration’s more commonly known sibling, has been around for years.  In fact many of the first power plants in the early and mid-twentieth century were cogeneration plants, generating both power and steam that was used in district heating.  And although the absorption chilling effect has been known since the late 1800’s, absorption chillers were little used until the later part of the 20th century.  Now, with greater interest on improving energy efficiency, lowering energy costs, and reducing greenhouse gas (GHG) emissions, absorption chillers and CCHP have become more commonplace.  Two recent Bridgestone Associates projects exemplify this – (1) Binghamton Microgrid Feasibility Study, and (2) Today’s Healthcare Meds Cannabis Grow Facility Feasibility Study.  In the Binghamton Microgrid Feasibility Study, Bridgestone designed a 1 MW tri-generation system that included three 333 kW FlexEnergy GT333S microturbines with integrated exhaust heat recovery and a World Energy Absorption Chillers 284 RT hot water lithium bromide absorption chiller.  This CCHP system will provide high temperature hot water and chilled water to three of the buildings connected to the microgrid while powering the microgrid’s electric requirements.  In the second recent example, Bridgestone designed a CCHP system to provide 12 MW of power and 4,000 RT of cooling capacity for a large indoor cannabis grow facility in Colorado.  In this case the high temperature exhaust from three Solar Turbines T60 combustion turbines will be used directly in four 1,000 RT Thermax lithium bromide absorption chillers producing chilled and hot water for use within the facility.  Carbon Dioxide (CO2) will also be recovered from the turbine exhausts after the absorption chiller, and used to enhance plant growth (this is technically a Quad-generation design with power, heat, cooling and CO2 recovery).

For more information on how trigeneration or CCHP could benefit you, please contact us.