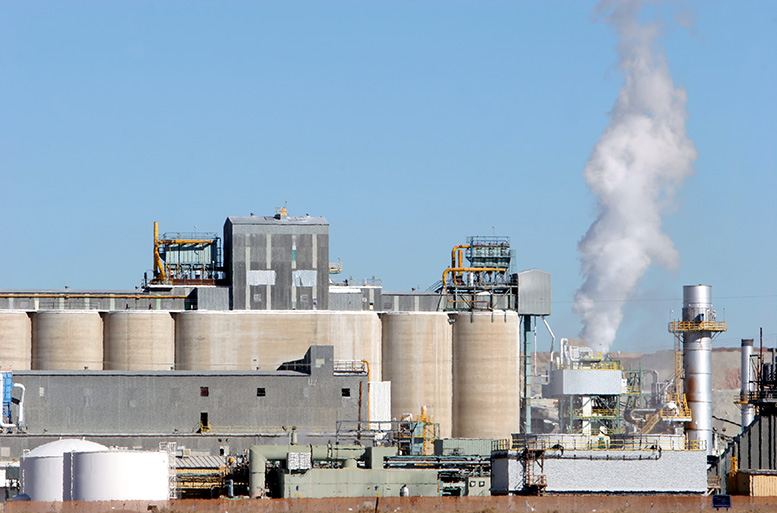 “Cogeneration” or “cogen” is a term used to describe a Combined Heat and Power (“CHP”) facility, where a single fuel is used in power generation equipment to generate electricity, and then the byproduct waste heat is used for a useful purpose.  In a stricter and more legal definition, cogeneration means the “sequential generation of electricity and useful thermal energy from a common fuel or energy source” and is defined by operating and efficiency standards established by US Code §18 C.F.R. Sec. 292.205 and the definitions established by §18 C.F.R. Sec. 292.202.

Some power plants have a “combined cycle” configuration which includes both a topping cycle and a bottoming cycle where steam generated from the reject or waste heat in a combustion turbine exhaust (in a topping cycle) is used to drive a steam turbine to generate additional electricity (in a bottoming cycle).  While this has both topping and bottoming cycles, it is not in itself a cogeneration system unless some of the steam is also used for a useful non-generation process (e.g. for an industrial process).  This steam may come directly from the Heat Recovery Steam Generator (HRSG), or from a steam turbine extraction point or from the steam turbine exhaust.

Although a relatively common use in industrial applications, a cogeneration plant does not necessarily have to produce steam.  In many plants the waste heat is used to generate high temperature hot water for processes uses (e.g. CIP in food manufacturing), space conditioning, and domestic hot water.  Waste heat from other cogeneration plants is used to generate hot air for dryers and similar applications.  Some of the waste heat may also be used to drive an absorption chiller or absorption refrigeration system in a “trigeneration” or Combined Cooling Heat and Power (CCHP) application.

Cogeneration has been around for more than 135 years.  Thomas Edison’s first commercial generating plant opened in 1882 (Pearl Street Station, New York) generated both electricity and steam that was sold to nearby users and so was the first US combined heat and power plant.  Subsequently, in the early 20th century as demand for electricity grew, many power plants were built in or near cities to serve metropolitan loads.  Because of their proximity of thermal energy users, often these plants were configured as cogeneration plants providing electricity and steam to nearby users through a district heating system.  As the 20th century progressed though, and with rural electrification, power plants grew larger and larger and served a much wider area.  Most were constructed away from cities and it became technically unfeasible to have them serve district heating schemes so they were configured as straight generation plants and not cogeneration plants.  Some large industrial companies, especially those using a lot of steam such as refineries, chemical plants, and paper mills continued to install cogeneration plants though.

With the oil crisis in the 1970’s, the spike in energy costs, and the subsequent passage of the Public Utility Regulatory Policies Act (PURPA) in 1978 designed in part to promote energy efficiency and expand non-utility generation, cogeneration was alive again.  Under PURPA a cogeneration facility that met certain minimum efficiency criteria was designated as a Qualifying Facility or “QF” (QF’s included, among others, cogeneration plants, hydro, biomass and other renewable energy plants) and local utilities were required to buy its output power at their avoided cost (the cost the utility would have paid to generate the power in their own existing or planned plant).  The independent power industry was born and, after a number of unsuccessful legal challenges to PURPA, numerous non-utility companies started developing and constructing qualifying facilities, many of which were cogeneration plants.

Today cogeneration or CHP, whichever way you want to say it, is alive and well and is gaining more interest again as energy users look to improve energy efficiency, lower energy costs, reduce greenhouse gas (GHG) emissions, and develop microgrids that can be resilient in the event of a utility grid failure.  Smaller, more efficient generating units such as microturbines have meant cogeneration plants can be configured and designed for a very wide range of commercial and industrial application. Two recent Bridgestone Associates projects exemplify this – (1) 11 MW Food Manufacturing Facility CHP Plant Design, and (2) UTC Power Fuel Cell CHP Projects.  In the 11 MW Food Manufacturing Facility CHP Plant Design, Bridgestone prepared a complete design for a cogeneration plant that included two 5.4 MW Solar Turbines T60 combustion turbines and two Rentec 50,000 lb/hr Heat Recovery Steam Generators (HRSG) with duct firing.  The CHP plant will provide 350 psig, 500 oF steam to a large food manufacturing plant in Iowa.  In the second recent example, Bridgestone worked with UTC Power to develop preliminary designs and capital costs, and prepare grant funding applications for a number of fuel cell based CHP plants.  These included a 1,000 kW plant with five 200 kW fuel cells for a chemical plant in Connecticut, and a number of fuel cell CHP plants at supermarkets in New York State.  Waste heat from the fuel cells at the supermarkets is used for domestic hot water, space conditioning, and humidity control.

For more information on how cogeneration or CHP could benefit you, please contact us.