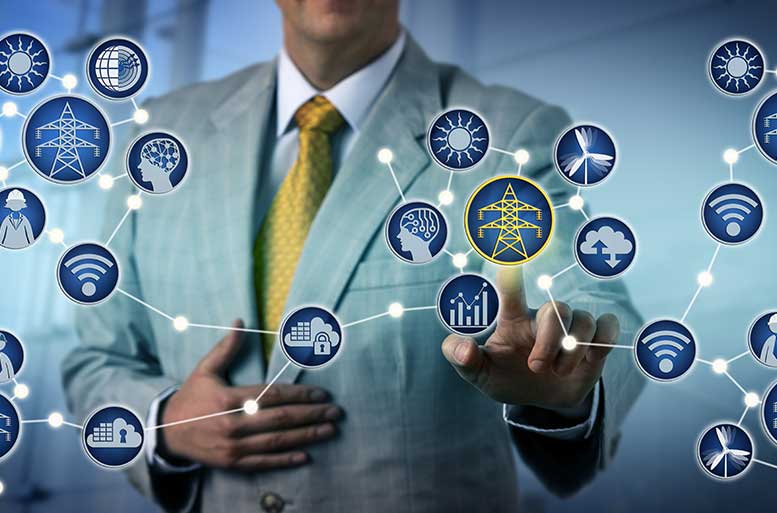 Microgrid, along with terms such as renewable power and energy storage, is a term that comes up in almost every current conversation on how the energy industry will evolve over the next few years.  Why this interest, what is a microgrid and why is it important?

What is a Microgrid?

CIGRE, the International Council on Large Electric Systems defines a microgrid as “electricity distribution systems containing loads and distributed energy resources, (such as distributed generators, storage devices, or controllable loads) that can be operated in a controlled, coordinated way either while connected to the main power network or while isolated.”  The Microgrid Institute describes a microgrid as “a small energy system capable of balancing captive supply and demand resources to maintain stable service within a defined boundary. Microgrids are defined by their function, not their size.”  The Microgrid Institute further classifies microgrids into four main categories:  “Off-grid” – a microgrid not connected to a utility grid; “Campus” – a microgrid fully connected with the local grid but one that can maintain some level of service in isolation from the grid; “Community” – a microgrid integrated into the utility network serving multiple customers within a community; and “Nano Grid” – a small microgrid capable of operating independently and serving a single building.

A typical microgrid (see diagram) will have multiple interconnected loads (e.g. buildings or customers), distributed generation (e.g. solar, wind, CHP, back-up generators), one or more connection points, or “points of common coupling”, to the local utility grid with fast breakers to disconnect/reconnect from the utility grid when required, a microgrid controller with high speed communications capability, and in many cases, energy storage.  The microgrid controller functions to manage and balance the loads within the microgrid with the available distributed generation and any power inflows from the utility grid.  When there is a utility grid outage and the microgrid is isolated from the utility, the microgrid controller continues to balance loads with available connected generation and energy storage.  This may require load shedding, either directly or through existing building (BMS) and energy management systems (EMS), if total loads exceed available generation and energy storage.  This resiliency and ability to continue operation during a grid outage is a major benefit of a microgrid.

Like many technologies in the energy industry, microgrids have been around in some form or other for many years but not with the name “microgrid”, or with the same level of technical sophistication we see today.  Campus type energy generation and distribution systems, often with multiple shared distributed energy resources (typically fossil fueled generators and CHP systems) and multiple loads have been around for years, many at such facilities as universities, military bases, and in industrial parks.

The term “microgrid” appears to have started being used in the late 1990’s when the US Department of Energy (USDOE), at the request of the US Congress, started programs to examine grid reliability and how to maximize the use of distributed generation resources to improve reliability and resiliency.  Multiple studies were completed by industry participants and especially the US Department of Defense (USDOD). More recently a number of factors boosted interest in microgrids including Superstorm Sandy in October 2012.  While a large part of the Northeast US lost grid power as a result of the Superstorm, microgrid operators like Princeton University in New Jersey were able to keep the lights on and remain in uninterrupted operation.  This opened industry, regulator, and politician’s eyes to the resiliency benefits of a microgrid that could continue to operate when isolated from the utility grid, and that could maximize the value and benefit of its distributed energy resources.  A number of states (e.g. New York, Connecticut, and California), as well as the USDOE and USDOD, funded studies on microgrid development, design and implementation.  As a result, according to recent studies, there are currently over 2,430 operational microgrids in the US and there was over 19,575 MW of operational or planned worldwide microgrid capacity at the end of 2018.

Bridgestone Associates’ recent City of Binghamton Community Microgrid Feasibility Study provides a good example of a microgrid, how it is configured, and its community benefits.  This study was funded in major part by a grant from the New York State Energy Research and Development Authority (NYSERDA) under New York’s PRIZE Program.  The planned microgrid will serve seven buildings in downtown Binghamton, New York, an area that is prone to severe flooding cutting off City Hall and its emergency services (fire, police and ambulance) and a number of low income and senior living facilities.  The microgrid will link these buildings through underground electrical conduits and will include a 1,000 kW CHP plant, a 400 kW gas engine generator, a total of 600 kW solar PV, a 1,200 kW hydroelectric plant, and a number of standby generators.  The CHP plant will provide heat and cooling to a number of the buildings which will be hardened to withstand flooding.  There will be one point of common coupling with the local electric utility.  A microgrid controller located at the CHP plant will control the microgrid during normal “blue sky” and abnormal, grid isolated “dark sky” times.  This microgrid will allow the City and its emergency services to continue operations during a major flood event, and also avoid evacuation of over 450 often elderly residents.

A microgrid can offer a number of significant benefits to those connected to the microgrid as well as to the local utility.  These include:

For more information on how a microgrid could benefit you, or for help in developing and implementing a microgrid, please contact us.  For additional general information on microgrids, Microgrid Knowledge at https://microgridknowledge.com is a helpful website.