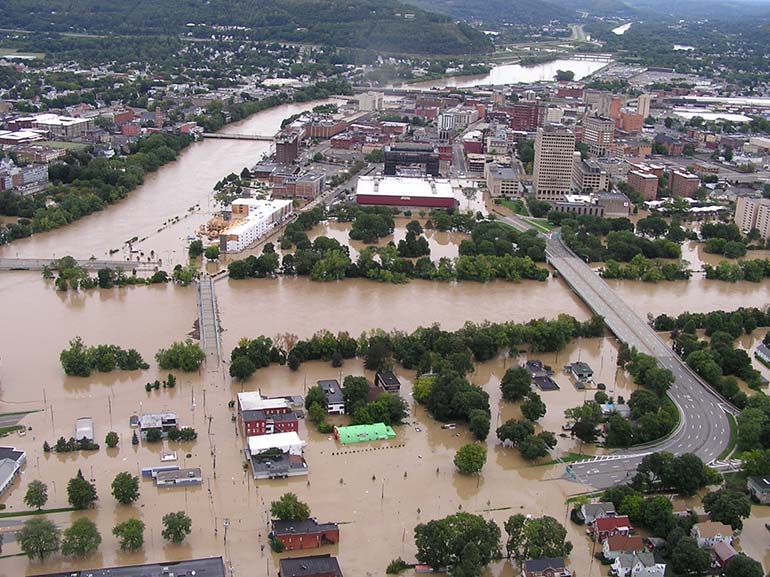 Chadds Ford, Pennsylvania, USA, June 20th, 2017 – Bridgestone Associates, Ltd (www.brdgstn.com) today signed an agreement with The City of Binghamton, New York to conduct a detailed study on the development, financing, and construction of a resilient microgrid in the downtown area of the City of Binghamton.  This microgrid would serve seven key facilities that provide essential services (e.g. police, fire, ambulance, emergency management) and facilities of refuge in the event a loss of utility grid power during a natural disaster or similar occurrence.

Under the agreement Bridgestone Associates will take the technical lead in evaluating and modeling the energy requirements of the seven facilities and in designing a combined heat and power (CHP) or other power generation solution.  Bridgestone Associates will also conduct ASHRAE Level II audits of each facility and provide recommendations on energy efficiency conservation measures.  Bridgestone Associates will work closely with other team members GE Consulting and Keystone Engineers & Architects in this study which will be performed under the requirements of the New York Prize Stage 2 Microgrid Project for the New York State Energy Research and Development Authority (NYSERDA).  This $1.25 million project is being funded by $1 million grant from NYSERDA and by “in kind” contributions from each of the project team members.

“This is a great opportunity for Bridgestone Associates to help design and implement a resilient microgrid that can support emergency and essential services in the event of a natural disaster in the City of Binghamton” said Martin Anderson, President of Bridgestone Associates, Ltd.  “Downtown Binghamton has suffered a number of major floods in recent years which have cut off essential services like fire, police and ambulance, and stranded hundreds of residents in flooded buildings with no power or heat.  The proposed microgrid, if viable, will allow these services to operate and the residents to remain safely in their apartments during an interruption of the electrical grid.  This microgrid has the potential to incorporate solar, hydro and natural gas fired generation, and be resilient in the event of a total utility grid failure” continued Mr. Anderson.  “Microgrids, especially those that are resilient to outside grid interruptions and that include sustainable energy resources, are increasingly important in the US and around the world.”

Bridgestone Associates, Ltd. is a 25 year old Chadds Ford, Pennsylvania, USA based energy consulting and development company focused on the evaluation, development, financing, design, construction and operations of Renewable, Combined Heat and Power (CHP) and Independent Power (IPP) energy production facilities, and on the efficient use and utilization of energy.  The Company provides these services to developers and owners of power generating and other energy related projects worldwide, as well as commercial and industrial energy users.

About the City of Binghamton, New York

Binghamton is located in Broome County in the Southern Tier region of New York State. The City lies in a bowl shaped area at the confluence of the Susquehanna and Chenango Rivers.  The City is home to approximately 50,000 residents and is the center of the Binghamton metropolitan area with over a quarter of a million residents.

In the recent past the City has suffered from two major floods including one in 2006 and one in 2011 from Tropical Storm Lee that resulted in over $1 billion in damage.  These floods severely impacted the ability of the City to provide emergency services to its residents and required evaluation of hundreds of residents from affected buildings in the downtown area.